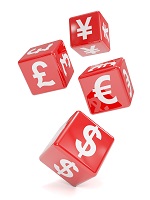 The banning follows an ASIC investigation into Mr Donaldson's conduct in 2013–14, after he entered a significant number of false entries into Deutsche Bank's records to temporarily offset his trading losses and artificially increase his reported trading profits.

Mr Donaldson contravened financial services law by engaging in misleading and deceptive conduct in relation to a financial product. His conduct was extremely serious and we have reason to believe that Mr Donaldson is not of good fame and character.

ASIC Commissioner Cathie Armour said, 'The integrity of our financial markets is vitally important and ASIC will take action to remove anyone in the financial services industry who engages in conduct that undermines this integrity.

'This action is also a reminder to financial institutions to ensure that they have the right systems, people and processes in place to monitor trading conduct and detect and address trading discrepancies in a timely manner,' she said.

ASIC alleges that on 11 separate occasions between 25 May 2008 and 3 June 2011, Mr Thompson procured a close friend, Mr Michael William Hull, to purchase the shares of seven Australian-listed companies while in possession of inside information about those companies that he had acquired as a result of his employment.

The matter was adjourned and will return to court on 15 November 2016.

Review of marketing practices in IPOs

We have reviewed the methods used by firms and issuers when marketing initial public offerings (IPOs) to retail and high net worth investors. In particular we wanted to assess whether, and how, firms and issuers were using more innovative methods (e.g. social media) to market IPOs to investors. We also assessed whether firms were targeting certain investor groups for specific types of IPOs (e.g. higher-risk IPOs, including for emerging market issuers).

The findings from our review have been published in Report 494 Marketing practices in initial public offerings of securities. Overall, we found most firms and issuers adopted good marketing practices, although we did identify some areas of concern where improvements could be made.

The report discusses the following areas of concern identified during our review, and provides recommendations on how these can be addressed by firms and issuers:

We issued the infringement notice because we had reasonable grounds to believe Sanhe breached its continuous disclosure obligations by failing to inform SSX that it was likely its operating financial result for the full year to 31 December 2015 would be materially lower than the operating result of the previous year.

'All companies looking to list on Australian markets must be aware of and comply with their disclosure obligations', ASIC Commissioner Cathie Armour said.

Sanhe is not, by reason of its compliance with the notice, regarded as having contravened section 674(2) of the Corporations Act.

Over the past two years, retail market participants have been placing limits or closing down their exchange traded option (ETO) trading function because of capital constraints, increased margin funding, lower appetite for risk and ASX intervention. This has caused a migration of clients and advisers to market participants who allow advanced ETO trading (e.g. naked puts, deep in the money call and put spreads and rolling).

We would like to remind market participants of the requirement for filter management, appropriate order vetting procedures, and to ensure that designated trading representatives are suitably qualified to deal in the products and on the market for which they are authorised to do so.

We have also recently advised industry bodies, including the International Swaps and Derivatives Association, Inc., Australian Financial Markets Association and the Financial Services Council that we will consider revising the implementation of the Unique Transaction Identifiers (UTIs) ‘share-and-pair’ requirements to nine months after the publication of the UTI guidance by the Committee on Payments and Market Infrastructures and the International Organization of Securities Commissions (recently revised from mid-2016 to end-2016). If this delay is granted, the relief extended by ASIC Corporations (Amendment and Repeal) Instrument 2016/0043 will be further extended to 30 September 2017.

We have recently remade ten legislative instruments and repealed three that are due to expire ('sunset') in 2016 and 2017, following public consultation.

ASIC has remade these instruments before they sunset. The new instruments will continue the substantive effects of the previous instruments with some minor amendments, which include simplifying the drafting to give greater clarity. A list of the remade instruments is available on our website (refer: 16-339MR).