The Digital Finance Advisory Panel (DFAP) advises ASIC on fintech- and regtech-related matters. Its members are drawn from Australia’s fintech community and have academic and private sector backgrounds.

DFAP and ASIC meet quarterly to discuss local and global developments, including opportunities and risks, in the fintech industry.

Ross has consulted to the US Department of Justice, the US Securities and Exchange Commission, the Asian Development Bank, the Indonesian Department of Finance, the Vietnamese Department of Commerce and the Australian Taxation Office as well as to banks and finance houses in Australia and abroad. He has twice been a Fulbright Scholar and many times a half-bright scholar. 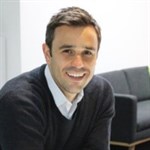 A highly experienced trader, he spent his early career as a portfolio manager at hedge funds and UBS, investing the banks’ capital. During this time Chris saw how traditional industries like retail and media were being disrupted by innovative and fast-moving technology companies. He decided to do the same to wealth management.

In 2015, Chris was named in the Top 35 Influencers of Financial Planning by Adviser Ratings. He holds a Bachelor of Commerce (Accounting/Finance Co-op Scholarship) from UNSW.

Julian Fenwick is the Managing Director and founder of Governance Risk & Compliance Solutions, a leading Australian compliance training company. He is also the CEO of Better US. Inc., an innovative adaptive learning technology company based in New York. Julian is also one of the founding directors of The RegTech Association and serves as Vice Chair for Oceania with IRTA.

Julian is a regular presenter in Australia and Asia on innovation, entrepreneurship, regtech, and managing organisational compliance. He is an enthusiastic supporter of Australia’s startup community with a particular interest in adaptive eLearning technology.

Julian moved into the regulatory compliance industry in October 2000. Since that time he has been instrumental in developing the APAC region’s online compliance training industry. He has also been influential in designing a number of other compliance technology platforms.

Julian holds a Masters of Business Administration from the University of Sydney. He is a graduate member of the Australian Institute of Company Directors and a member of the GRC Institute. 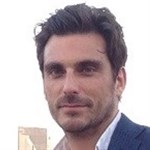 Kim is the co-founder of 25fifteen, a Sydney startup studio and corporate venturing firm founded by tech entrepreneurs and industry veterans.

Previously Kim was one of the co-founders of PushStart, a startup accelerator program in Sydney, and Director of Fishburners, Sydney’s premier co-working space. He was also Commercial Manager at Ensyst, an IT Services company acquired by Optus. 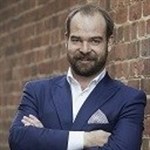 Jack has played an influential role in shaping the Australian crowdfunding and alternative finance industry over the past few years and is at the forefront of discussions with the Australian Government, championing the benefits of innovation on the Australian economy. With extensive experience in Australian and China, Jack has become a leader in the crowd-funding space globally, regularly speaking at events and conferences around the world.

With a strong background as an experienced commercial lawyer, Jack has completed over $30 million in corporate transactions, structured international real estate and equity transactions and is responsible for the implementation of startup strategies in the corporate space. 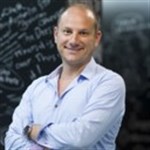 Alex is the founding CEO of Stone & Chalk, one of Australia’s leading fintech innovation hubs. Prior to Stone & Chalk, Alex co-founded and was Head of the Barclays Accelerator program powered by Techstars in London and New York. He also launched two startup hubs in London and Manchester and was lead on a major Open Innovation program, which saw hundreds of startups pitch to win commercial projects with large organisations.

As part of his global career, Alex has spent over seven years living and working extensively in Asia, the Middle East, Africa and Europe. Prior to his time at Barclays Bank in London, Alex worked for Nokia Networks in the Middle East and Africa, Lendlease in Australia and was an Officer in the Australian Army.

In his current role as CEO, one of his key focus areas is to help high-growth potential startups successfully launch and scale globally. Alex is also the co-founder of Spark Festival which is Australia’s largest startup festival, is a founding director of Fintech Australia and is a member of the advisory board for the NSW Government's Digital Analytics Centre. 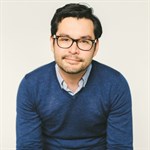 He is also the former founding GM of Stone & Chalk, Melbourne.

Alan is currently the chair of FinTech Australia where he has led numerous submissions to government departments on digital currency and blockchain tech. Alan is also a former member of the Federal Government’s Fintech Advisory Group and a current member of ASIC’s Digital Finance Advisory Committee.

Alan holds Bachelors degrees in Law and Commerce and a Masters degree in Commerce (Econ). He is also admitted to practice as a Barrister and Solicitor in the state of Victoria. 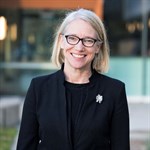 Dr Philippa (Pip) Ryan is a barrister and a senior lecturer in the College of Law at ANU, where she is the Director of the ANU LLM program. Pip is a non-executive director on the board of Australian law firm, Lander & Rogers and on the board of funds manager WAM Capital. She is also a member of Treasury’s Audit Committee. In 2018, Pip contributed to Data61’s investigation into the development of an ethics framework for the adoption of Artificial Intelligence in Australia. On the ISO Blockchain Technical Committee, she is lead author of the international standards for smart contracts. Her current research explores the automation of trust, the accountability of algorithms. Pip co-authored Van Rijmenam and Ryan, Blockchain: Transforming Your Business and Our World (Routledge 2019). Her most recent title is Trust and Distrust in Digital Economies (Routledge 2020). 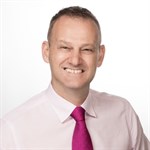 Nick was responsible for the development of the Australian Digital Currency Code of Conduct which establishes best practice standards for digital currency businesses in Australia and has been modelled in other countries.

Nick has worked with the Australian Government on issues including the taxation treatment of digital currencies, Anti-Money Laundering and Counter-Terrorist Financing regulations and identifying use cases for deployment of blockchain solutions within government.

Nick has recently been appointed Deputy Chair of the Australian Government’s National Blockchain Roadmap Advisory Committee as well as a member of the Fintech Advisory Group. 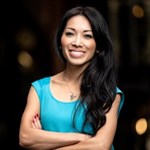 Van is an expert in customer experience strategy and design, having worked across financial services, telco, energy and education sectors. Her experience spans public policy, regulatory strategy, business and product development, operational excellence, leadership and resilience programs and organisational change and transformation. Van has an MBA, is a former lawyer, regulator and lecturer at UNSW. Since 2013 she has also served on SDN Children’s Services’ research and ethics committee.

Daniel Foggo is the CEO and Co-Founder of RateSetter, Australia's largest technology-led consumer lender, which manages funds on behalf of thousands of Australian investors.

Daniel founded RateSetter with the objective of offering consumers a better way to invest and borrow.

Subscribe to receive news alerts on a wide range of Innovation Hub activities including news, events, publications, announcements, and more.

The Government’s Enhanced Regulatory Sandbox will be available from 1 September 2020. It will supersede the current ASIC Sandbox and offer eligible fintechs a wider suite of services and products for testing for a maximum duration of 24 months.

ASIC will host a webinar discussion forum between financial firms, professional service providers, regulators and guests highlighting regtech’s potential to support the provision and supervision of financial services whilst many staff work remotely.

Registrations to attend the webinar are now open.

ASIC has released a synthetic dataset of consumer loan files for regtech providers to demonstrate how AI and machine learning could be used to support firms’ compliance with responsible lending obligations.

Registrations for the webinar, and to download the dataset, are now open.