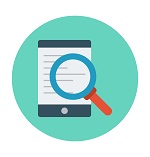 The guidance coincides with the start of the ASIC Client Money Reporting Rules 2017 and other client money reforms on 4 April 2018 enacted under the Treasury Laws Amendment (2016 Measures No. 1) Act 2017 and the Corporations Amendment (Client Money) Regulations 2017.

Regulatory Guide 212 has been updated to reflect the changes to the law as a result of these reforms.

The changes mean that AFS licensees can no longer withdraw derivative retail client money from the client money account and use it for a wide range of purposes, including as the licensee's own working capital.

We have engaged with industry to make sure that AFS licensees that hold derivative retail client money are aware of the new regime and understand their obligations. AFS licensees are expected to comply with the new client money regime from 4 April 2018.

ASIC's market stakeholders are invited to attend the next Market Liaison Meeting on 8 May 2018. These quarterly meetings provide insights into the Market Integrity Group's strategic priorities and how we are tracking against them.

The meeting will include updates on our reviews of the capital market integrity rules, conflicts in capital raisings, education requirements for financial advisers, regulatory data requirements – as well as an update on industry funding.

A live broadcast of the event will be held across our Sydney and Melbourne locations.

Misrepresentation of a fund’s investment strategy results in infringement notices 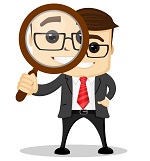 Spaceship Financial Services Pty Ltd and Tidswell Financial Services Ltd have each paid infringement notice penalties after we became concerned about misleading claims made about the ‘fundamental investment philosophy’ of Spaceship Super Fund’s GrowthX portfolio, made on the fund’s website, during 2017.

Prospective fund members were told that:

‘We will fight to get you the very best assets in your portfolio…. We will measure companies in our portfolio based on their ability to provide defensibility of profits and high levels of product differentiation.’

We were concerned that these statements would mislead prospective members because, at the time, 79% of the fund was invested in index-tracking funds – which involved no qualitative analysis of the underlying companies.

In response to our concerns, Spaceship and Tidswell have removed the statements from Spaceship Fund’s website.

This matter highlights the need to:

To help your organisation prepare for the first industry funding invoices in January 2019, we have published estimates of the amounts each of the regulated sectors will pay.

The indicative levies are an estimate and the amounts are likely to change when our actual regulatory costs (for the financial year starting 1 July 2017) are known in November.

Calculating indicative levies requires access to specific business activity metric data for each subsector. Some of the metrics required to make these calculations are new, and have not yet been collected from industry.

Between July and September 2018, all organisations that ASIC regulates must log on to a new online ASIC portal to submit or validate their business activity metrics.

In June, we will send a letter containing a unique security key for the portal and detailed information on the process.

We will use the information in these submissions to calculate final invoices to be issued in January 2018 and, in future years, generate estimated levy amounts for the entire regulated population.

We will publish our actual regulatory costs in November to help you better estimate your organisation’s individual levy.

Stefan Mark Boitcheff of South Australia, has been convicted and sentenced after pleading guilty to two market manipulation-related charges.

Mr Boitcheff was sentenced to 21 months’ imprisonment, with an order that he be released immediately upon entering into a recognisance to be of good behaviour for two years.

ASIC Commissioner Cathie Armour said, 'Any form of market manipulation undermines the integrity of our financial markets and creates an uneven playing field. It is important that markets operate fairly and that people who attempt to deliberately interfere in that process are brought to account'.

Last month we co-hosted the third annual Asia Pacific Regional Supervisory College in Sydney with the Securities and Futures Commission of Hong Kong. The College is designed to:

Eleven regulators were represented at the College and two subject firms – each with a significant regional footprint – gave separate presentations over the course of the two day event.

The feedback received across the board was very positive. The regulator attendees found value in the sessions, and the firms embraced this platform to address a large regulatory audience with the issues they identified as being key opportunities and challenges for their respective organisations.

This is an important regional supervisory initiative which continues to evolve and draw active participation from key financial institutions, as well as regional and non-regional regulators alike.