Over the September quarter 2014, the ASX accounted for 82.2% of the total dollar turnover in equity market products. Chi-X accounted for the remaining 17.8% of total dollar turnover. These figures include all trades executed on order book, as well as trades matched off order book and reported to either market operator. Of note, Chi-X trade reporting grew strongly in the past quarter (+28%) although it still lags the value ASX trade reporting.

Quarterly average intraday and interday volatility were marginally higher in the quarter. The overall order-to-trade ratio increased to 8.4:1 in the quarter as both the ASX and Chi-X reported higher ratios. 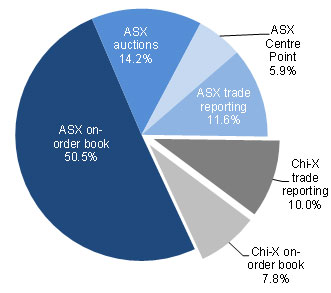 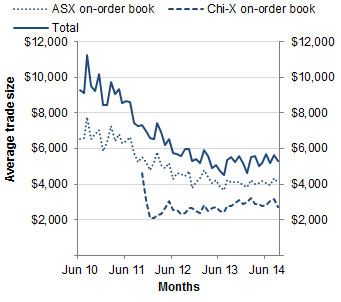 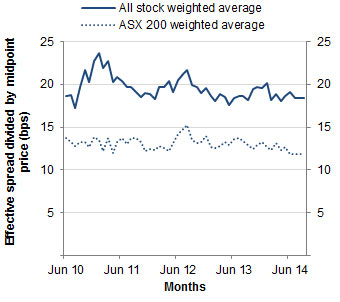 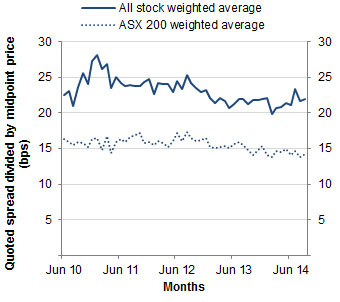