On 9 March 2017, the NSW Court of Appeal handed down its decision in Sanderson as Liquidator of Sakr Nominees Pty Ltd (in liquidation) v Sakr.[1]

The decision responded to an application for leave to appeal and appeal brought by Mr Clifford Sanderson as the liquidator of Sakr Nominees Pty Ltd against an order made by Brereton J, determining his remuneration as liquidator of the company in an amount of $20,000.

The Court of Appeal concluded that the critical question is the determination of reasonable remuneration. It further confirmed that time-based remuneration is not always the appropriate method, and whether time-based calculation or percentage-based calculation is the most appropriate method for a particular case requires the Court to consider the evidence of the work done and the matters contained in section 473(10) of the Corporations Act 2001.

What does this mean for registered liquidators?

When claiming remuneration for necessary work, the registered liquidator should properly consider the basis of remuneration in the context of the particular external administration, and determine the most appropriate method of charging. This can be based on time, percentage or other basis if it is more appropriate.

Once a liquidator nominates a particular basis or bases of remuneration, they must fully explain to creditors the reasons for their selection.

A liquidator should be prepared for a challenge to the nominated method of remuneration calculation and ensure that they can fully explain why that particular method is the most appropriate in the circumstances.

On 22 February 2017, Government released the draft legislation for its funding model for ASIC and expects releasing the draft regulations by the end of April.

Government is expected to set the annual levy for RLs at $2,500 plus an indicative amount of $110 per 'notifiable event'; with these events based on notices currently published on the Published Notices Website (PNW) and certain lodgements with ASIC. Government aims to implement the legislation for the 2017/18 financial year such that ASIC would issue its first levy invoices in January 2019.

The levy will be treated the same as APRA levies which are tax deductible. Further, both the initial Consultation Paper and the supporting attachment to the Government's November 2016 Proposals Paper, contemplated removing the fees for publishing notices on the PNW. When this might occur is currently unknown.

A fundamental policy principle underlying the funding model is that the regulated entity which gives rise to the cost of regulation bears that cost. The metric adopted (that is, the basis for the levy) must then, as best as is possible, reflect ASIC's regulatory effort. For RLs, a fixed levy and a graduated levy based on an activity measure, presents the best metric based on our empirically based analysis of the insolvency market and our work in that market. Government and ASIC developed the levy metric and consulted with industry.

It is also important to clarify that the levy on companies, and not the RL levy, reflects (together with other regulatory activities) ASIC's regulatory cost in:

RLs bear ASIC's costs in regulating them. Companies bear the costs of their regulation, including the above costs. ASIC notes calls to remunerate RLs for administering assetless companies via the industry funding model. This is a matter for Government but noting that one sector's costs cannot be set off against another sector's costs whilst maintaining the fundamental policy principles underlying the model.

ASIC is concerned to ensure RLs are fully informed about the funding model including what it intends achieving.  If you have a query, you can lodge it with ASIC via catrina.orr@asic.gov.au.

On 4 April 2017, we jointly released, with AFSA and ARITA, a new guide to assist individuals who may be both a director of a company and/or also face personal liability from running a business. We anticipate that the guide provides clear information about their rights and responsibilities when they are at risk of bankruptcy or deal with the liquidation of a company.

We are aware that the Corporations Act in austlii, currently:

Please note that Government delayed certain amendments of the Insolvency Law Reform Act 2016 (ILRA) until 1 September 2017 by using the modification power contained in s1634 of the Act as inserted by item 322 of Schedule 2 to the ILRA.

That modification power allows regulations to be made that 'notionally' modify the ILRA. The 'notional' modification means that the regulations changed the legal effect of the ILRA (and, in particular, the commencement of some of the amendments). They did not (and could not) however stop the amendments made to the text of the Act.  An amendment to the ILRA itself would have been required to achieve that.

To understand what amendments commenced on 1 March 2017, and those delayed until 1 September 2017, you should review the Corporations and Other Legislation Amendment (Insolvency Law Reform) Regulation 2016.

In March, 54 RLs successfully renewed their registration with 43 using the paper form we provided. 11 lodged their renewal online through the liquidator portal. A higher proportion of RLs due to renew in April have renewed through the portal.

Note that the paper form only applied to renewals due in March and April. All renewals for May onwards must be lodged online through the portal only.

We now send our late lodgement fee invoices to RLs by email.

If you haven’t done so yet, please check, via the liquidator portal, that the email address we have for you is accurate.

We are also aware that some RLs may not have received our email as it went into their spam folder. You may wish to review your security settings.

We emailed all RLs on 7 March directing them to our webpage on law reform.

We have released one update to the webpage and will continue to do so to keep RLs properly informed of developments in the lead up to the next tranche of law reform on 1 September 2017.

Over 50% of all Form 524s now lodged with ASIC use XML based structured data rather than PDF attachments or paper forms.

ASIC has provided sufficient time to RLs (format released on 1 July 2014) to transition from a PDF format to lodging in the XML format.

If you haven’t yet transitioned to the new format, we strongly suggest you do so before 1 September 2017. Otherwise, you won't be able to comply with your statutory obligations to lodge these particular returns with ASIC.

On 4 April 2017 royal assent was received for Treasury Laws Amendment (2017 Measures No. 1) Bill 2017. The Bill streamlines and simplifies the process by which ASIC may share confidential information with the ATO by amending s127(2A) of the ASIC Act. The new process mirrors the existing information sharing arrangements ASIC has with the Reserve Bank of Australia and the Australian Prudential Regulation Authority.

Minister O'Dwyer said that, 'Simpler and more efficient information sharing arrangements will benefit Australian taxpayers by enabling better monitoring by ASIC and the ATO of illegal activities and strengthening tax compliance by companies and individuals'. 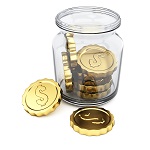 ASIC welcomed the passage of client money reforms contained in the Treasury Laws Amendment (Measures No. 1) Bill 2016 (the Bill).

The Bill removes an exception in the client money regime that allows Australian financial services licensees to withdraw client money provided in relation to retail OTC derivatives from client money trust accounts, and use it for a wide range of purposes including working capital. The exception places retail derivative client money at greater risk of loss; particularly in the event the licensee becomes insolvent.

The Bill also give ASIC a power to write client money reporting and reconciliation rules.

The Bill gives industry a 12-month transition period in which to implement the reforms and adapt to the new regime.