In the December quarter 2014, the ASX accounted for 82.5% of the total dollar turnover in equity market products. Chi-X accounted for the remaining 17.5% of total dollar turnover. These figures include all trades executed on order book, as well as trades matched off order book and reported to either market operator. Chi-X trade reporting fell by 7% over the past quarter, while ASX trade reporting fell by just under 15% compared to the previous quarter.

The Herfindahl index increased across the public order book and broker crossings during the quarter, showing a reduction in market fragmentation. Intraday and interday volatility trended higher in the quarter, peaking in December at the highest levels since June 2013.  The overall order-to-trade ratio decreased to 8.1:1 in the quarter as both the ASX and Chi-X reported lower ratios.

Below block size dark liquidity represented 12% of total value traded in the December quarter, unchanged from the previous quarter, and above its share of the market a year prior (11%). Turnover in block size dark liquidity was 15% of total value traded, unchanged from the previous quarter. 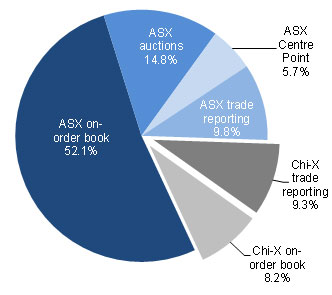 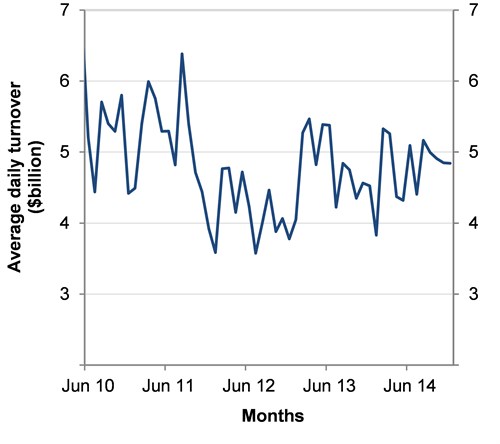 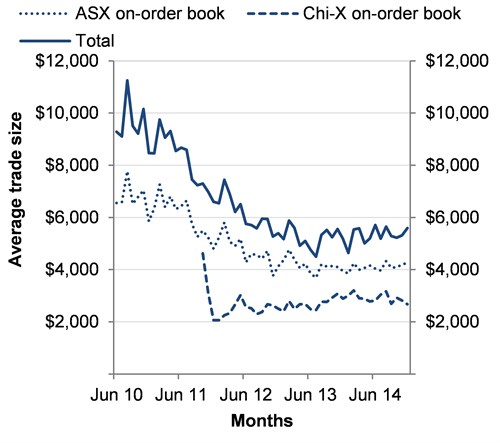 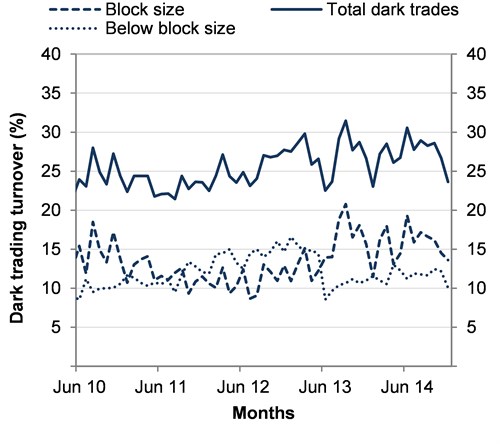 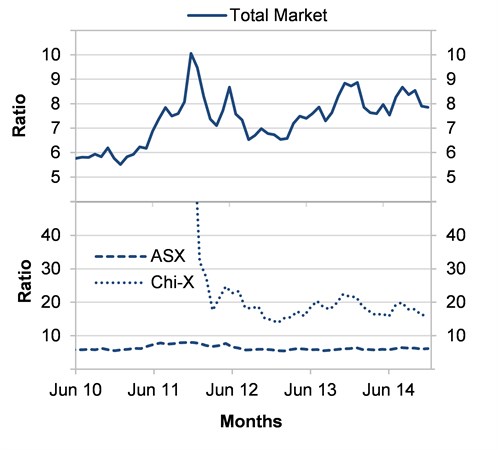 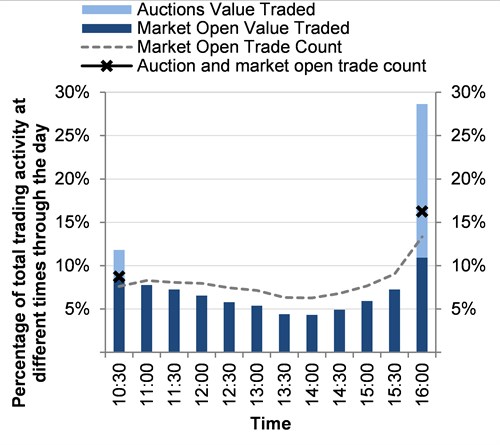 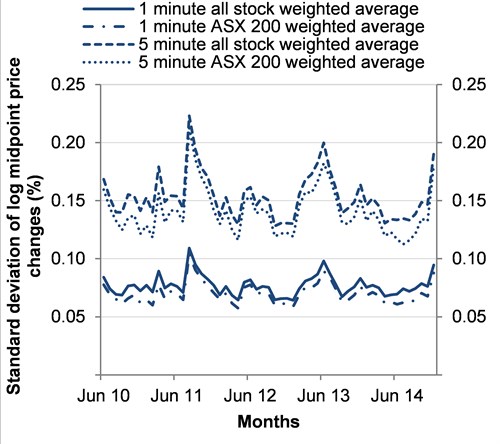 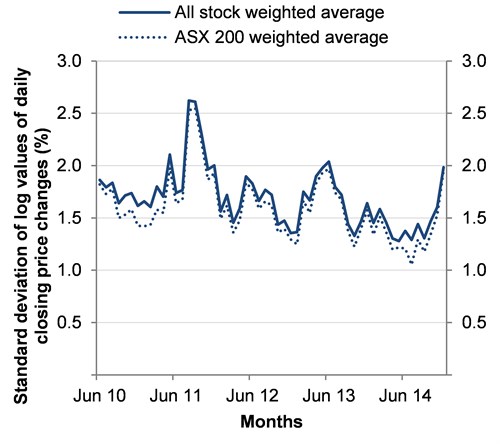 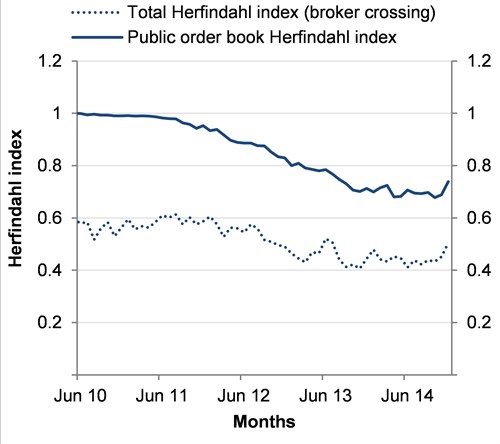 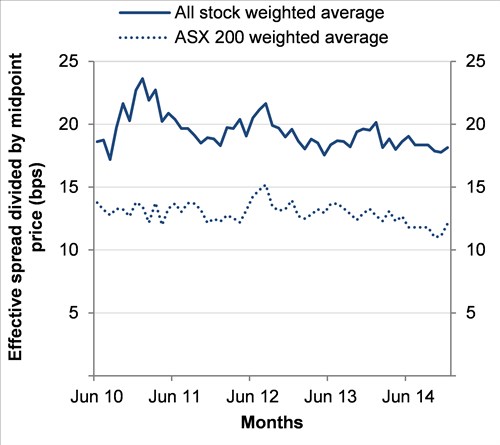 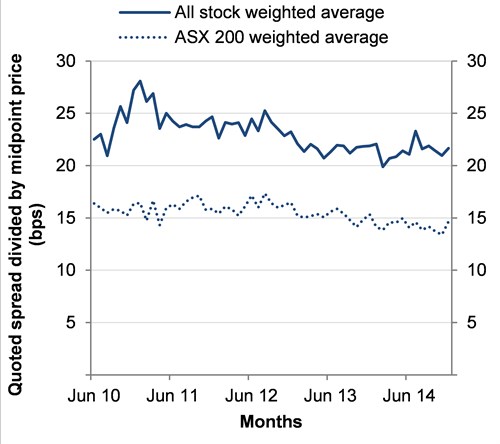 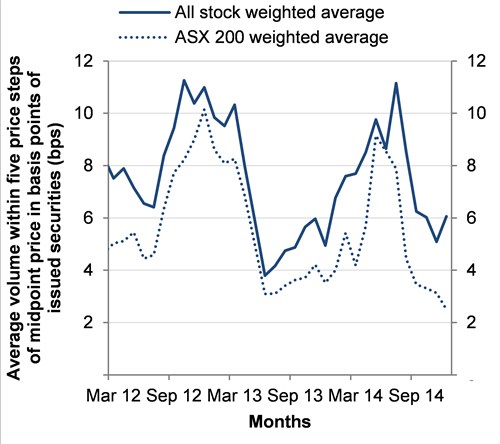