The weighted average quoted bid-ask spread for securities in the S&P/ASX 200 index rose by 0.3 basis points (bps) to 14.8 bps of the midpoint price in the quarter and rose by 0.3 bps to 23.5 bps of the midpoint price for all securities. The overall order-to-trade ratio increased slightly to 8.3:1 in the quarter driven by increases on both Chi-X and ASX. Below block size dark liquidity represented 11.6% of total value traded in the March quarter 2016, up 0.5 ppts from the previous quarter, and higher than its share a year prior (11.3%). Turnover in block size dark liquidity was 12.5% of total value traded, down 1.6 ppts from the previous quarter. 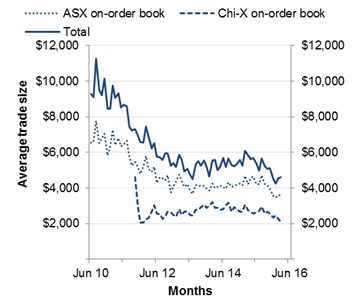 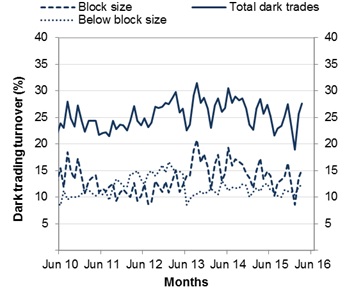 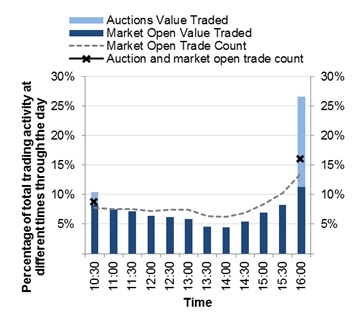 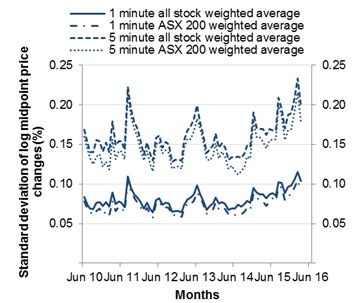 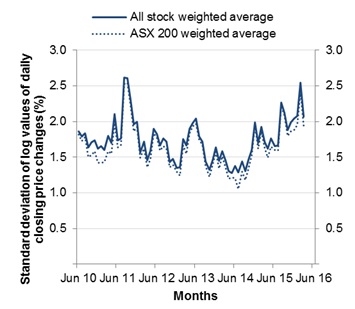 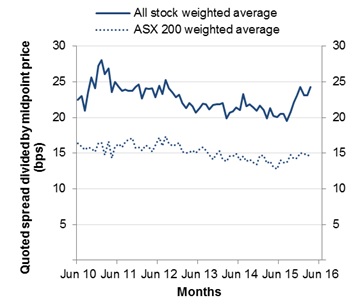