The weighted average quoted bid–ask spread for securities in the S&P/ASX 200 index is near historical lows after falling by 0.4 basis points (bps) to 13.4 bps of the midpoint price over the quarter. The quoted bid-ask spread also declined by 0.8 bps to 23.6 bps of the midpoint price for all securities. The overall order-to-trade ratio decreased to 7.5:1 in the quarter driven largely by a fall in Chi-X’s ratio. 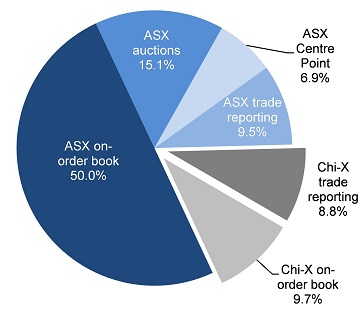 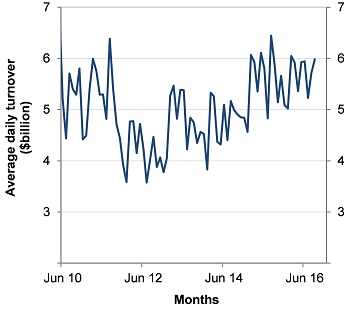 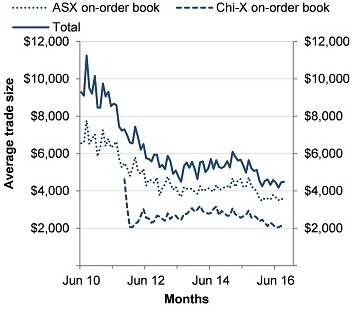 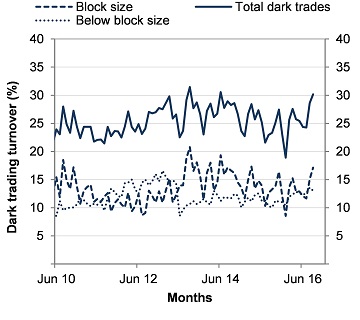 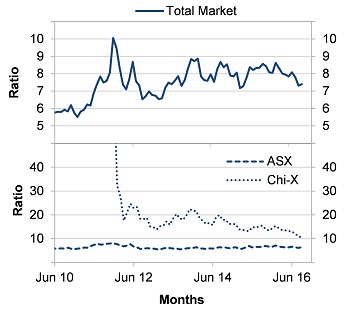 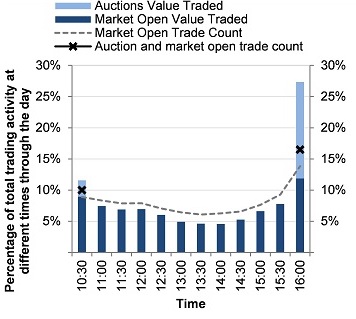 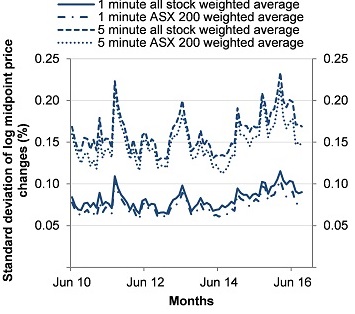 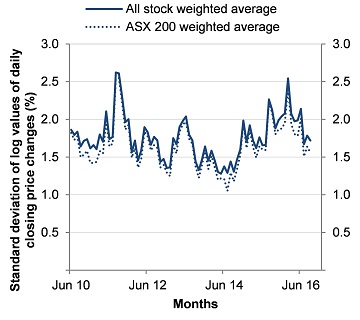 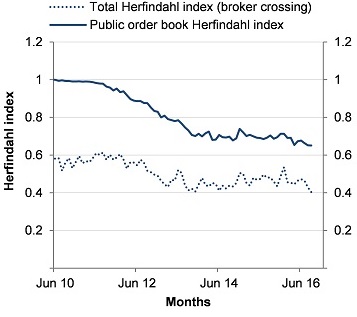 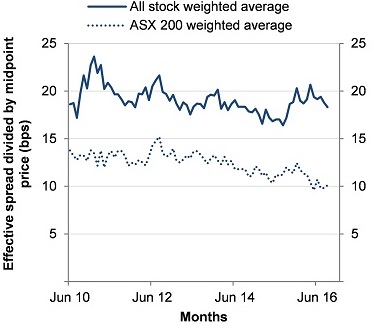 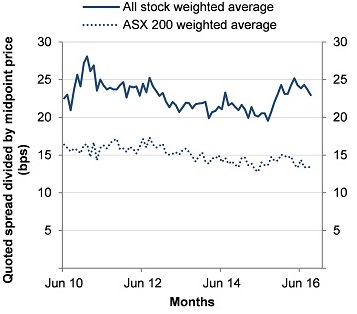 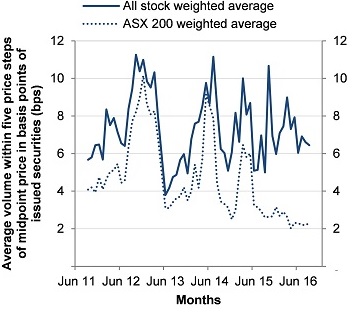