Below block size dark liquidity represented 12.0% of total value traded in the June quarter, up 0.4 percentage points from the previous quarter, roughly equal to its share of the market a year prior (12.2%). Turnover in block size dark liquidity was 14.1% of total value traded, down 0.9 percentage points from the previous quarter.

Intraday volatility remained steady at a slightly elevated level, while the weighted average interday volatility for the S&P/ASX 200 index eased slightly in the quarter to around 1.6% after peaking at 1.9% in December 2014. The overall order-to-trade ratio increased to 8.1:1 in the quarter as the ASX reported a higher ratio that was partly offset by a lower ratio on Chi-X. 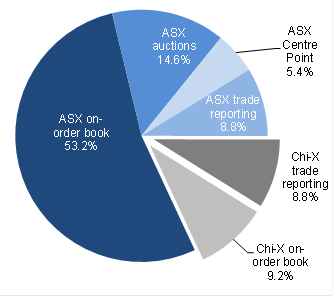 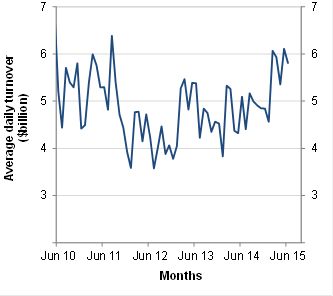 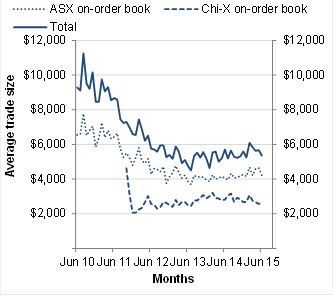 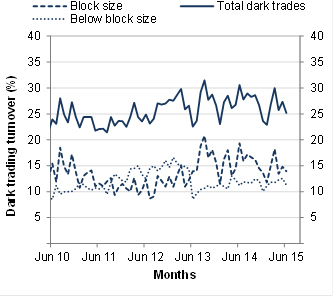 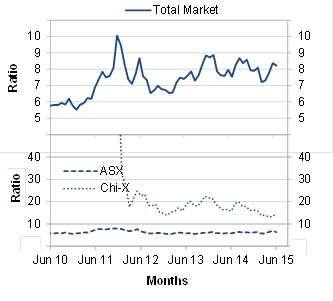 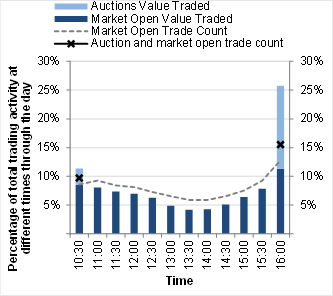 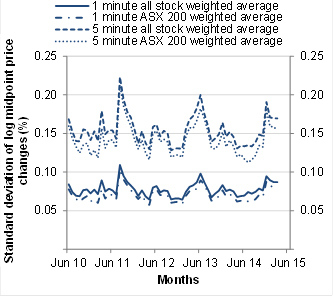 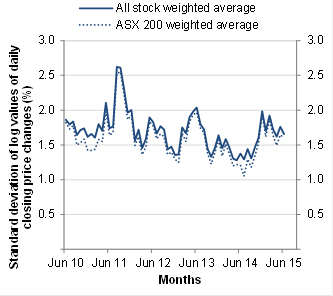 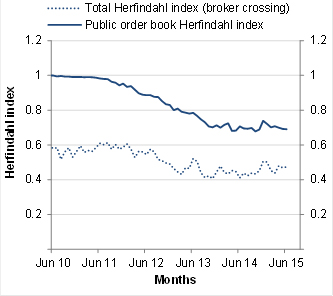 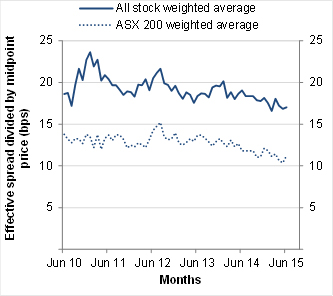 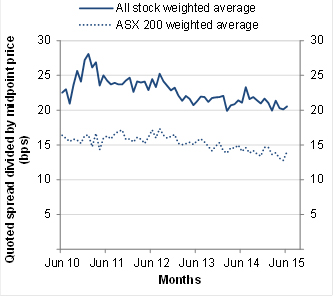 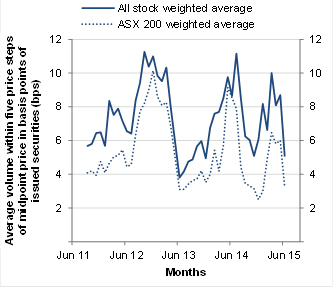