In the March quarter 2015, the ASX accounted for 82.9% of the total dollar turnover in equity market products. Chi-X accounted for the remaining 17.1% of total dollar turnover. These figures include all trades executed on order book, as well as trades matched off order book and reported to either market operator. Chi-X and ASX trade reporting both increased over the quarter compared with December quarter 2014, up 13% and 22% respectively.

The Herfindahl index was unchanged across the public order book and broker crossings during the quarter, showing that market fragmentation remained stable. Intraday and interday volatility was steady in the quarter at around 17% after peaking in December 2014. The overall order-to-trade ratio decreased to 7.5:1 in the quarter as both the ASX and Chi-X reported lower ratios. 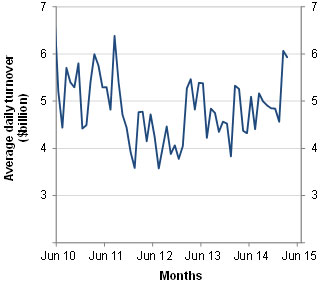 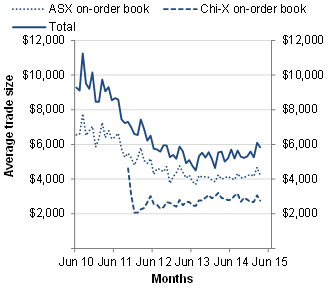 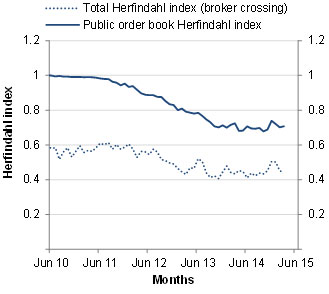 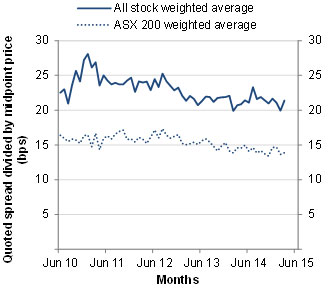 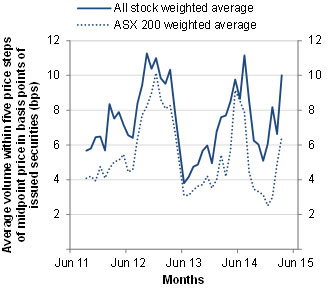