Overall daily turnover in the equity market averaged $5.7 billion in the September quarter, broadly stable from the June quarter, and an increase from $4.9 billion in the September quarter 2014. The weighted average quoted bid-ask spread for securities in the ASX 200 index rose by 0.7 basis points (bps) to 14.0 bps of the midpoint price in the quarter and was unchanged at 20.3 bps of the midpoint price for all securities. 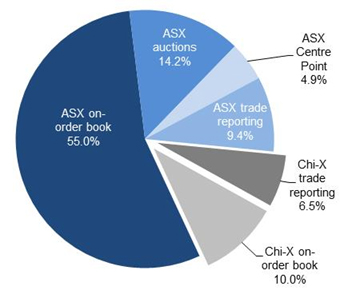 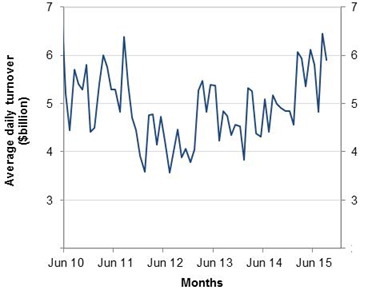 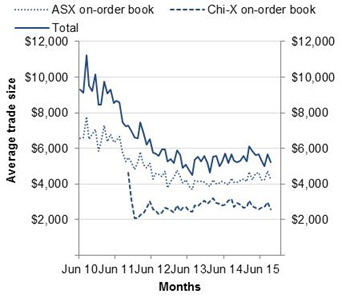 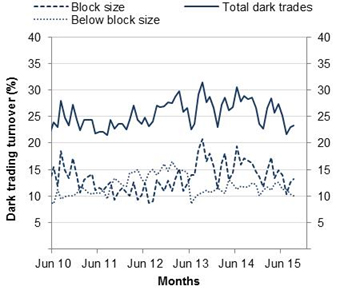 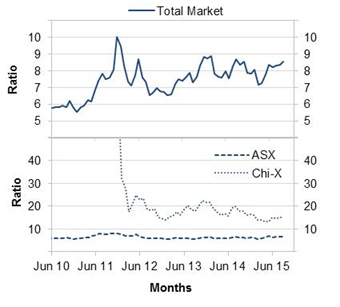 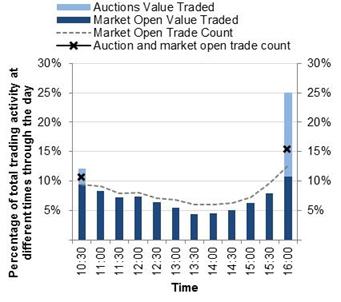 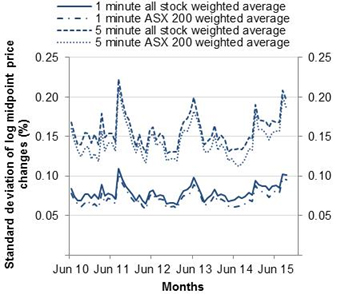 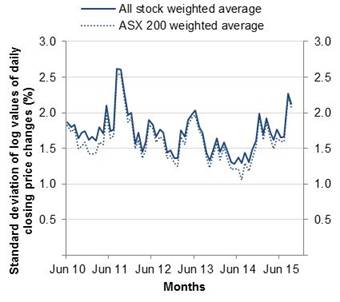 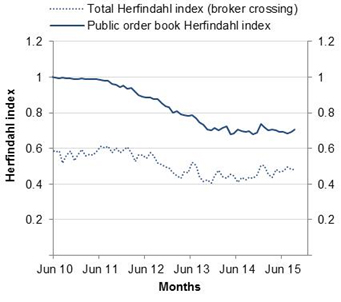 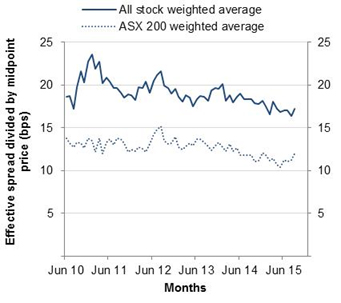 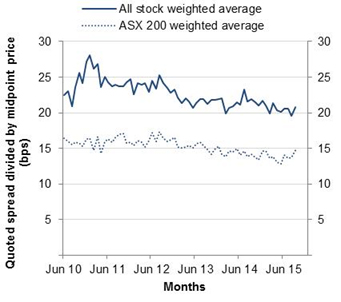 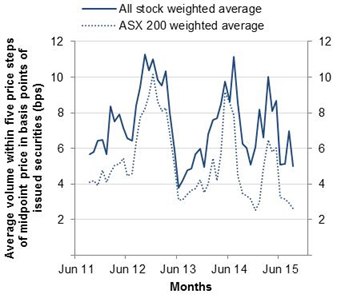