Registered Liquidator independence is a key focus for ASIC

Save the date - Assetless Administration Fund workshops for Registered Liquidators

Mental health training for RLs and their staff

Get to know the IP team

Registered Liquidator (RL) independence is a key focus for ASIC

ASIC is concerned about circumstances where RLs appear not to consider, nor ask questions about, changes to company officers shortly before appointment and/or with a clearly backdated effective date of change.

We encourage RLs to actively question, examine and consider:

When an RL addresses this issue early on, creditors can have greater confidence in the RL’s independence. Furthermore, it is a fundamental and prudent step that where reasonably possible, RLs make direct contact with and ask questions of the current and former officers when investigating the affairs of the company.

When accepting director-initiated appointments, RLs should consider a director’s ability to form an opinion that a company is insolvent (or likely to become insolvent) if they only became a director shortly before the appointment.

ASIC considers RLs ignoring such fundamental and prudent steps lessen creditors’ confidence in RL's independence. We will consider this issue on a case-by-case basis and act if we form a view that a RL has not adequately and properly performed their duty to investigate the affairs of the company. 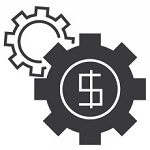 Having refused to validate the creditors’ resolutions, the Court set about fixing the Liquidators’ remuneration.

ASIC tendered expert evidence about whether a “competent and prudent insolvency practitioner” would have carried out certain work streams at all or to the same extent for which the Liquidators had claimed remuneration.

Based on his Honour’s commentary, when seeking remuneration approval, external administrators should:

We remind Registered Liquidators (RLs) that only an external administrator appointed on or after 1 September 2017 can use the proposal without a meeting procedure to seek approval of remuneration.

Amendments enacted by the Insolvency Law Reform Act 2016 provide that the old Act provisions continue to apply in relation to the approval of remuneration of an external administrator who is appointed before 1 September 2017. This includes the old Act remuneration approval provisions of s449E, 473 and s499 of the Act: see section 1581 of the Corporations Act 2001 (Act).

Section 75-130 of the Insolvency Practice Rule (Corporations) 2016 sets out when a proposal put to creditors for the purposes of Schedule 2 - Insolvency Practice Schedule (Corporations) (Schedule 2) is taken to be passed as a resolution without a meeting being convened. It does not apply if the matter to be resolved relates to a provision outside Schedule 2. This is because section 9 of the Act defines “resolution”, when used in a provision outside Schedule 2 in relation to creditors or contributories, means a resolution passed at a meeting [own emphasis added] of the creditors or contributories”.

Consequently, RLs appointed to an external administration before 1 September 2017 must hold a meeting of creditors or contributories (if relevant) to pass the resolution approving their remuneration.

We reviewed a sample of Forms 5022 lodged concerning remuneration and identified a number of instances of incorrect lodgements, either in relation to the information included on the form and/or the documents attached. We will write to these RLs individually.

As set out in our previous article (Issue 8, July 2018), we expect that you will lodge all the documents you sent to creditors or members to consider the proposal, including:

Do not lodge completed voting slips returned to you by creditors or members.

We encourage you to review your policies and procedures to ensure that you use proposals without a meeting appropriately and that lodgements are correct, including attaching relevant documents.

RLs should also review their files to ensure all fee resolutions are valid and take steps to remedy any resolutions that may not be.

ASIC now has a Reviewing Liquidator Panel comprised of 15 suitably qualified and experienced registered liquidators that ASIC can appoint as reviewing liquidators under section 90-23 of Schedule 2 of the Corporations Act 2001 and fund from the Assetless Administration Fund.

ASIC considered there were sufficient indicators of possible illegal phoenix activity in these eight external administrations.

Funding for each reviewing liquidator appointment will differ depending on the circumstances of the appointment, such as the amount of investigation and reporting required and the number of companies subject to review.

The reviewing liquidator’s powers include the power to:

The reviewing liquidator also has any other power which is necessary for, or reasonably incidental to carrying out the review, which could include the power to interview and obtain records from advisors to the company or directors (if necessary to carry out the review).

Save the date - Assetless Administration Fund workshops for Registered Liquidator 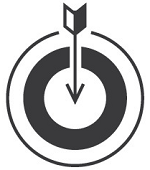 ASIC is organising face to face workshops for registered liquidators (RLs) at ASIC’s offices in Melbourne, Sydney, Adelaide, Perth and Brisbane. The two-hour workshops will explain what funding is available under the Assetless Administration Fund (AAF) and how RLs can access the fund. There will be practical examples and the opportunity to ask questions about the use of the AAF. In particular, ASIC will offer guidance to RLs about how to maximise their prospects of receiving funding and how to prepare focused reports that enhance the prospects of ASIC taking enforcement action.

We will send an invitation to RLs in the coming month.

Workshop locations and dates are:

These no-cost workshops are for RLs only and not their staff.

Liquidators should only lodge a Form 5603 when they have fully wound up the company’s affairs (see definition of ‘end of administration’ in Schedule 2, Insolvency Practice Schedule (Corporations) s5-5).

Some common examples of where you do not lodge a Form 5603 are:

In each of these examples, the company's affairs may have not been fully wound up, so you should lodge a part year Form 5602 and not a Form 5603.

We recommend that incoming RLs check that the outgoing RL has lodged a Form 5602 and not a Form 5603.

Note also that we have previously provided guidance in Information sheet 29 that ASIC’s expectation is that you should not resign as liquidator where a receiver or controller remains appointed.

If you lodge or identify that another RL lodged a Form 5603 in error, please email ASIC on RLQueries@asic.gov.au with the reasons why deregistration should not occur. If deregistration has already occurred, you should seek legal advice about making an application to Court to reinstate the company.

An example of illegal phoenix activity is the use of a new company to continue the business (or part of it) of another liquidated company with the intent of avoiding paying the liquidated company’s creditors. Other examples could include the transfer of business to the director, now operating as a sole trader. Indicators that possible illegal phoenix has occurred include:

Although these indicators may appear suspicious, a transfer of business may have been legal and the Registered Liquidator (RL) should ask further questions. Such questions might include:

As for any legal action, the prosecution of a director cannot be successful without good quality information and documentary evidence to support the allegations.

A recent example (refer to 18-351MR) illustrates how such misconduct when reported to ASIC, can result in the successful prosecution of a director for offences relating to illegal phoenix activity.

ASIC commenced an investigation after receiving a report from the liquidator of the Company, Mr Anthony Warner, who had successfully applied for funding from the Assetless Administration Fund.

The investigation found that between 13 April 2015 and 22 September 2015, Mr Saunders instructed debtors of the Company to redirect payments owed to the Company to his personal sole trader bank account and therefore, unfairly gained an advantage for himself.

The Insolvency Practitioners Team (IP Team) has been meeting with newly registered liquidators (RL) to:

The RLs have responded positively and appreciated the opportunity of a face-to-face meeting and ongoing contacts.

The IP Team appreciates the feedback provided by RLs during these meetings and (where applicable) forwards such feedback to other ASIC teams for their consideration.

The meetings have assisted ASIC to highlight important topics, sometimes not so well known, such as ASIC’s approach to enforcement (INFO 151) and ASIC Regulatory Guide 109 and its various appendixes providing liquidators with guidance concerning the preparation of Assetless Administration Fund applications. In addition, RLs have provided their view regarding the state of their respective markets and observations regarding the industry generally.

This program will continue with the main aim of facilitating communication between ASIC and RLs, to provide and receive feedback and explore innovative ideas.

The Liquidator Assistance Program (LAP) is a tool available to all Registered Liquidators (RLs) to assist them to obtain company books and records in situations where the company’s officers and third parties do not cooperate. For the 2017/2018 financial year, ASIC’s LAP received 1,358 requests for assistance, resulting in 1,302 warning letters being issued to company officers. Where the LAP was able to assist with the RL's request, ASIC was successful in 593 requests in obtaining compliance by company officers, assisting RLs with their statutory duties including helping them locate assets.

Without books and records, there is likely to be no evidence for investigations, or the evidence may be difficult and/or costly to obtain and reduce the chances of successful recoveries or prosecutions. Assetless Administration Funding applications are also generally less likely to be successful if the RL is unable to recover books and records i.e. evidence to support possible offences.

ASIC acknowledges that the timetable associated with the LAP may sometimes delay the finalisation of an external administration, however this is less likely where there is ongoing communication between the LAP team and the RL.

Ongoing communication also optimises the outcome. We encourage RLs to:

ASIC notes that on some occasions, RLs have declined to provide prosecution statements on the basis that they were unwilling to attend court and requested that ASIC send warning letters to the defendants. This decreases the likelihood of obtaining books and records as there is no follow up.

Mental health training for RLs and their staff

In December 2018, the Insolvency Mental Health Awareness Program (IMHAP) was launched to develop and support new mental health training programs for practitioners who support Australians impacted by personal bankruptcy or the insolvency of a company.   ASIC, AFSA, and ARITA worked with Mental Health First Aid Australia to create a program to educate insolvency professionals on the connection between insolvency and mental health and how they can better engage with people experiencing financial distress.

The program has a dual focus: understanding the mental health of people accessing bankruptcy and insolvency services and addressing possible mental health implications for professionals providing these services.

The training programs range from a 90 minute overview session, which is intended for all insolvency professionals, to more detailed online and face-to-face courses for those who would benefit from more intensive training and knowledge.

Completion of the training will count towards the RL’s continuing professional development requirements.

We encourage all RLs and their staff to undertake the training.

Get to know the IP team

ASIC’s Insolvency Practitioners team is a national team of 29 staff spread across five states. We have a full time equivalent staff of 23, with some part time staff. We are a specialist team within ASIC and all accounting staff have prior insolvency experience.

The percentage of companies entering EXAD for the quarter, relative to new incorporations, continues to remain below 4%.

Note: IP Legal email is for notification of court proceedings required to be served on ASIC under the court rules and eligible applicant requests only.